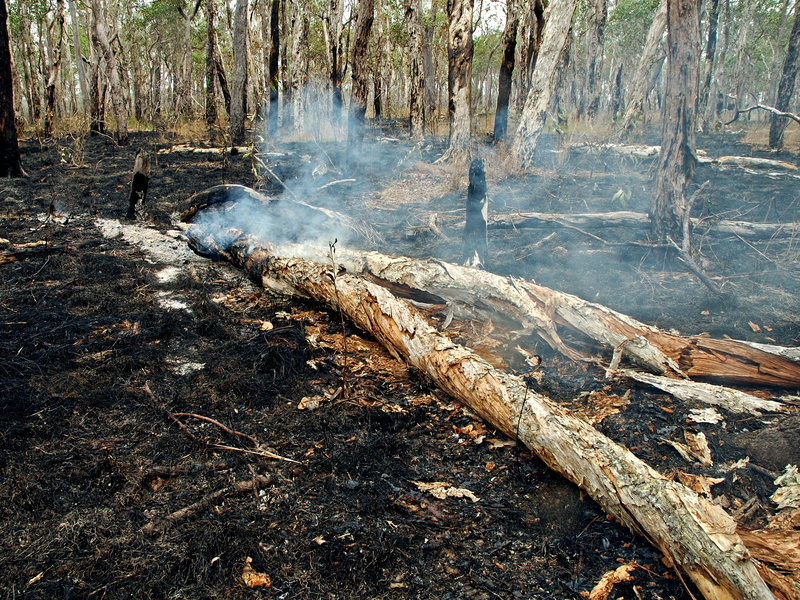 Walkers are asked to observe extension of the fire danger season.

Extended closure of the Heysen Trail between Cape Jervis & Tanunda until 15 May 2018.

The Country Fire Service (CFS) has extended the Fire Danger Season for the Mount Lofty Ranges. This is due to lower than average rainfalls combined with higher than average temperatures.

This means that access to most sections of the Heysen Trail south of Tanunda will not be open until May 15, 2018.

You are advised to defer walks in these areas until further notice.

You can find information about the extension of the fire danger season in the Mt Lofty Ranges District on the CFS website.

The CFS has confirmed that fire restrictions affecting the section of the trail north of Tanunda  and south of the Wirrabara Forest will end on April 30.

Limited access to the Heysen Trail south of Wirrabara

Some sections of the Heysen Trail in the fire districts south of Wirrabara (near Laura) may still be open to walkers prior to the cessation of the fire danger periods.

The sections that remain open are principally those not on private land. These include public roads, Conservation Parks and Reserves, Forests and vacant land.

Fire restrictions in the Flinders District have been lifted, meaning the Heysen Trail is now open north of Wirrabara Forest .

This section includes Melrose, Wilmington, Quorn, Hawker, Wilpena Pound, the Ikara-Flinders Ranges National Park through to the northern end of the trail at Parachilna Gorge.

Details of the Fire Ban Districts can be found on the Interactive Map. 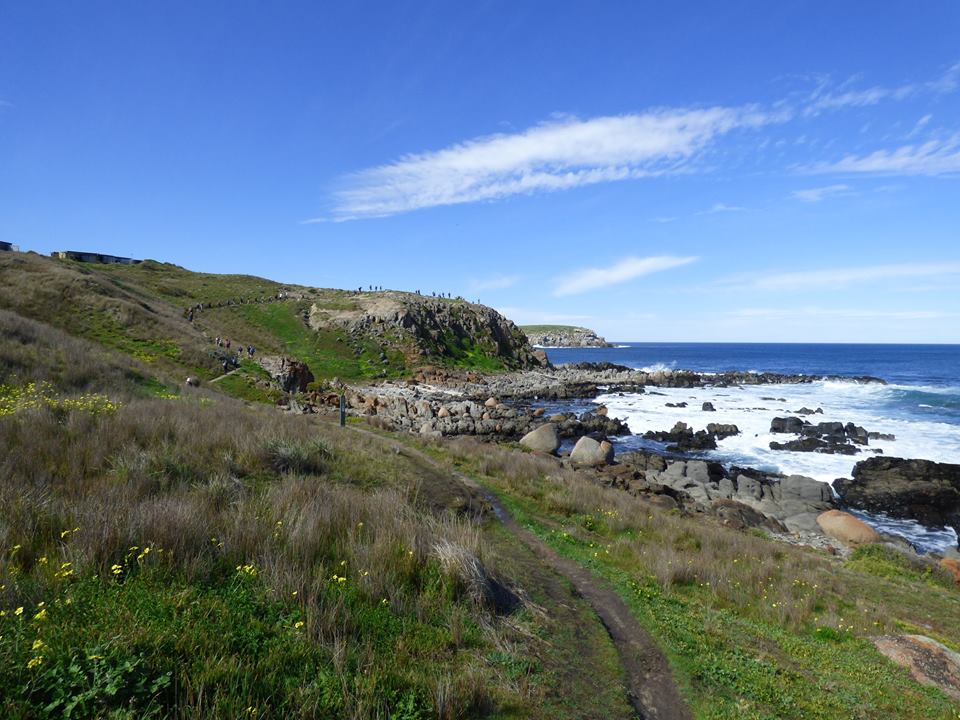 The purpose of the closure of the entire conservation park is to protect public safety during an Aerial feral animal control program.

Campsites and other walking trails in The Deep Creek Conservation Park will also be closed during this time.

The trail will be closed between Blowhole Creek and the eastern boundary of the Deep Creek Conservation Park, Tunkalilla (end of McGregor Rd track). Warning signs and trail closure signs will be placed at several locations along the trail and at the western and eastern approaches to the park.

If you have any enquiries, please call Victor Harbor  Natural Resources Centre on (08) 8552 0300. Further information can be found on the Parks SA Alerts page. 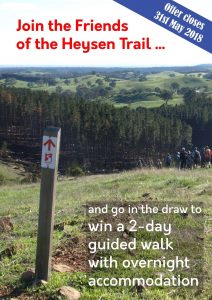 Join the Friends of the Heysen Trail …

Become a Member before 31st May and your name goes into the draw to win a 2-day guided walk on the Heysen Trail and overnight accommodation at Heysen’s Rest B&B.

Tell your friends and ‘get out on the Trail with the Friends‘.

Financial members of the Friends of the Heysen Trail

• Participate in an extensive 2018 walks programme.

• Get retail discounts on maps and books at the Friends of the Heysen Trail office in Pirie St. or online.

• Discounts at many well-known outdoor and camping shops around Adelaide.

We have a range of membership options to suit individuals, families and groups:

What the lucky winner receives:

The names of all new financial members will go into the draw for a 2-day guided tour along the Heysen Trail with accommodation for two adults at Heysen Rest B&B, Myponga.

The accommodation includes complimentary beer and wine, and provisions for a cooked breakfast. The prize includes drop off at the end of your guided walk and pick up next morning from your accommodation.

The prize must be redeemed in the 12-month period following the closing date of the competition. Accommodation is limited to two adults, although the winners can bring family and guests on the guided walk.

Opening of the 2018 Bushwalking Season

Come along to the Hiking Expo to celebrate the opening of the 2018 walk season.  It is the big event organised by Walking SA, the Friends and other walking groups to kick off the new walking season

Join with Friends in a ‘Walk to the Expo’

In addition to one of the many walks at Belair, you can also take a longer hike to the event. The Friends have organised two longer walks to the Gums Oval at Belair National Park.

These Trailstarter walks are listed on the Walks Programme on the Friends website. You can register for these walks now.

The first walk leaves from the Cemetery at Mitcham. You will walk up through the foothills and quiet gullies of Randall Park and through the quiet back streets of Belair. From Belair train station, you will enter the National Park passing through majestic endangered ecosystem of grey box woodland.

Register here for the Mitcham walk.

This walk starts from the memorial for the stolen generation at Colebrook Blackwood Reconciliation Park. You will wander through the Wittunga Botanic Garden, and then go past the cottage garden of the historic Gamble Cottage. The route includes some of the Sea-to-Summit trail and the Adelaide 100 concept trail.