Our volunteers undertake installation of infrastructure and trail maintenance work. All equipment, including personal protection equipment, is provided by The Friends. New volunteers are welcome to join in to improve the Heysen Trail – you don’t have to be an expert handy person. Volunteers will be allocated tasks to match their level of competence and confidence. If required, specific training can be arranged.

Refer to the Volunteer Support Policy for information on recognition of volunteers as well as reimbursement of expenses. To register your interest in any of these events, please see the Maintenance events on the Walk Calendar on our website.

Regular maintenance days are held at our Cobbler Creek facility, off Bridge Road Salisbury East in Cobbler Creek Recreation Park. Volunteers are welcome to join in. You don’t have to be an expert handy person.

Please register online or via the office so we can anticipate numbers and plan jobs. 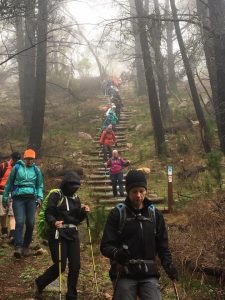 “Well Mt. Crawford wasn’t as bad as we were expecting, and the steps to stop us slipping were sensational!” (Posted by Janette Cheesman)

Julian Monfries reported that on Thursday 22nd August, the trail over Little Mount Crawford was realigned taking it along the spine of that feature. The trail was cleared with the help of our new chainsaw operatives, Adam Matthews and Mark Curtis, assisted by a fine team of volunteers.

Having completed this task, the team moved onto Grandpa’s Camp to install a platform. Thanks to the chainsaw boys (hands and legs intact), Neil Rivett, Peter Fosdike, and Robin Sharland. Led by Julian Monfries, appreciation is also given to apprentices Colin Edwards, Paul Bond and Dom Henschke.

Photo: “Well Mt. Crawford wasn’t as bad as we were expecting, and the steps to stop us slipping were sensational!” (Posted by Janette Cheesman)

Neil Nosworthy reported that on 14th – 15th August, seven volunteers worked on the trail heading north from Wilpena Resort. We met the E2E9 walkers who were finishing the trail, and this enabled us to promote the volunteer opportunities within the Friends particularly the maintenance activities.

While the trail was generally in good condition, there were some areas around Bunyeroo Creek which had been identified as a problem. These have now been addressed. In addition, we were able to bring parts of the trail up to current standards by replacing about 30 old pipe markers and 20 marker posts attached to star pickets. Also, we were able to install the third trail counter.

However, there is still more to be done in the section to Parachilna Gorge.

Paul Bond reports that recent training courses funded by the Department for the Environment and Water have resulted in the following:

Other volunteers who have previously showed interest in training opportunities will be offered further courses later in the year as soon as the Department’s funding ability has been clarified. 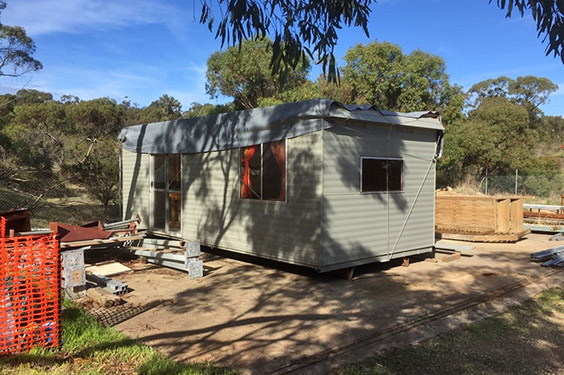 The cabin at Cobbler Creek

Paul Bond writes: Situated north east from Burra, Black Jack campsite, can be most inhospitable whenever the weather turns cold, wet and windy as it often does during the walking season. Walkers can now seek comfort in a newly placed cabin and redeveloped site.

In October 2018, a cabin at Urrbrae Wetlands became surplus to requirements following the development of new infrastructure. It was donated to the Friends of the Heysen Trail. A contractor was engaged to dismantle the roof and take it to the Friend’s shed at Cobbler Creek. City Crane Trucks were then contracted to move the shell of the cabin to Cobbler Creek, with all work completed in November 2018.

From January to May 2019, the cabin was renovated by the regular shed maintenance group. It saw window replacement, general repairs, painting inside and out, and 6 bunks fitted. 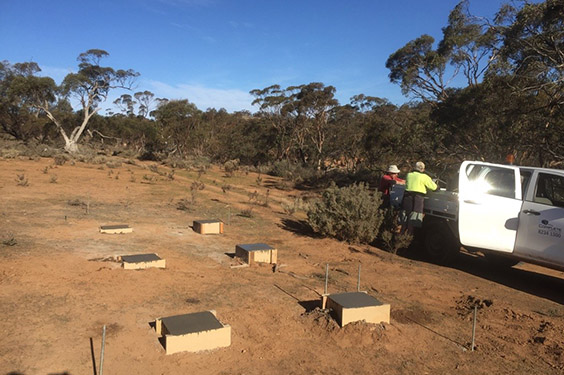 During that time, there was much consideration given to where on the trail the cabin should be located, taking into consideration accessibility by truck, appropriate spacing from other huts on the trail and visibility from public roads or picnic areas to mitigate risk of vandalism. It was determined that Black Jack was the site that best fitted these criteria.

In May, a small team installed concrete footings for the cabin and in late June, City Crane Trucks transported the cabin and craned it onto the footings. Over the next 2 days, a maintenance crew re-erected the roof and entry steps and relocated the camp platform, which had been installed next to the old shelter.

During July, the installation has been completed, including a trial of solar lighting with capacity for recharging mobile phones. It will be interesting to see how effective this relatively inexpensive item proves to be. 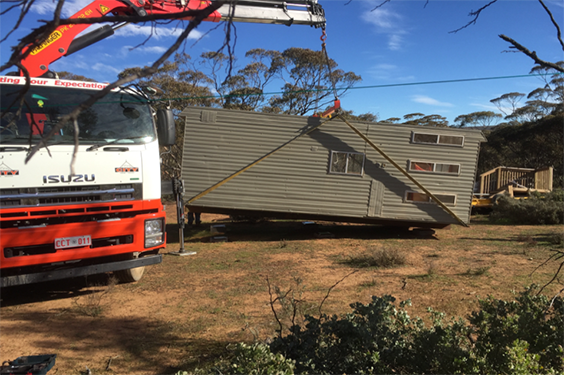 Cabin being craned onto the footings at the Black Jack campsite 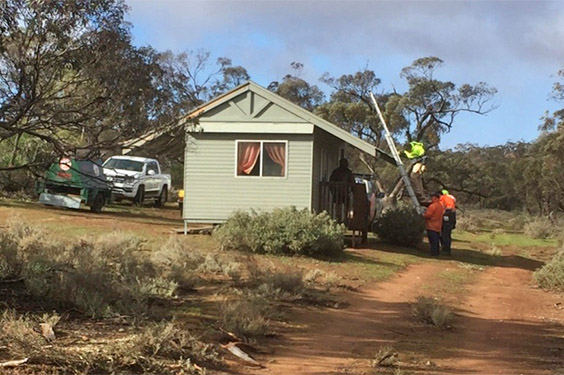 Cabin in position with roof on

Overall, Black Jack is now a well-equipped site, with the newly placed cabin, camp platform and fire pit complementing the old shelter, rainwater tank and toilet. Future work will see a rainwater tank installed and plumbed to serve the sink inside the cabin.

This was achieved through some 300 volunteer hours and the expenditure of some $5,000 of funds which was raised from membership and walk fees.