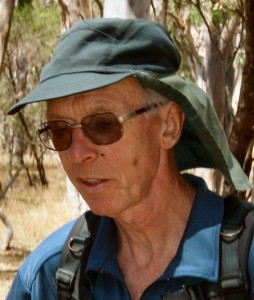 More recently he has taken on more responsibility in the smooth running of the office/shop, purchasing consumables, maps, books and training office volunteers and setting up computer programs as office coordinator.

On the telephone and at the counter his enthusiasm and knowledge of the Heysen Trail makes him an invaluable member of the team.

Magazine of The Friends of the Heysen Trail, view the latest issue - Autumn 2021 or past issues.