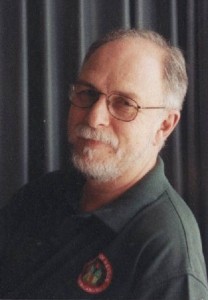 During the more than 10 years that he has been a member, he has been involved with most committees. Walk Leader, Council Member, Trail maintenance etc, the list goes on, and of course President for the last 6 years.

If he had done none of the aforementioned he has earned an honorary membership just for the hours of work put in to establish the End-to-End walks.