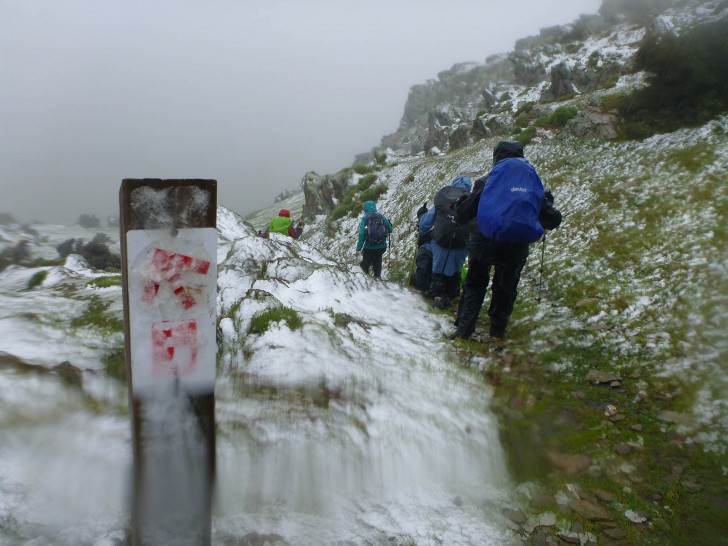 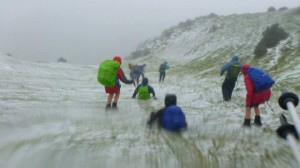 The End-to-End ‘Minus 1’ group experienced snow on the summit of Mt Bryan on Saturday. 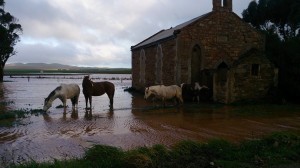 Check out some of the photos at facebook.com/HeysenTrail (no login required).

At 936 metres Mt Bryan, north of Burra, is the highest peak in the Mt Lofty Ranges and occasionally sees a snow fall. The group is spending five days hiking the trail, starting on Saturday in Hallett, and ending two days south of Burra this Friday. Recent rainfall has flooded paddocks and roads, so their walks between Mt Bryan East and Burra have been postponed to another time. Meanwhile they are continuing their journey southwards.

The photos look more like Tasmania, rather than from where they are in the Mid North of South Australia. Keep warm guys!

Thanks for the photos Robert Alcock and Michael Middleton.

Walking past an old church in the forest