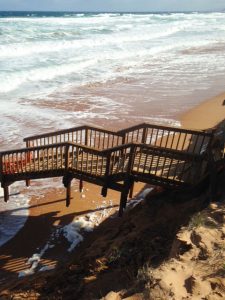 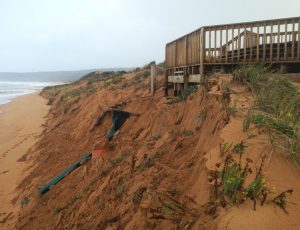 View all re-routes for the Map 1: Cape Jervis to Kuitpo Forest (Sept 2014)

The Heysen Trail is currently open. It will close at the start of the Fire Danger Season, scheduled for November & December (closure dates subject to confirmation.)

Looking back over Parsons Beach