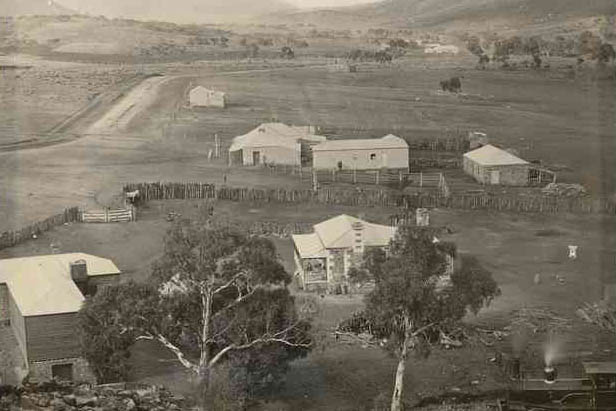 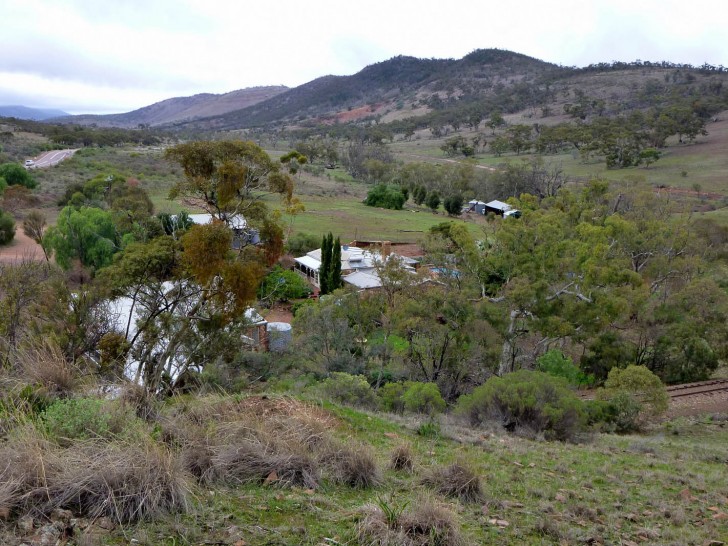 There are many years of history along our trails, but how much do we know about it! Old majestic buildings, scratching in the earth from an old mine or a broken down farm house. All were once the dreams of our forefathers, a story to be told of hope and hardship and now, just shattered aspirations.

All of our trails, including the Heysen Trail are about the journey, not the destination. There are people in our organisation that are passionate about birds, animals, history and geology, but how much do the rest of us really appreciate, as we saunter past, heading towards our destination.

Over time maybe, with some help from these passionate members, we can in a small way bridge this gap in our knowledge and enjoy the journey more.

As you walk through Pichi Richi Pass on the Heysen Trail, you come off a rocky ridge to the west of the railway, then follow the rail line in a general northern direction for several kilometres, before coming to a small railway station called “Willows Halt” and a stone building adjacent. This area appears on Heysen Trail, Northern Guide Map 3.9. This is a part of the story about that building.

He actually built the hotel before the licence was granted and there was concern by locals in case it was refused, there being opposition from certain quarters.

During the same period a brewery was established in Pichi Richi, the Pass between Port Augusta and Quorn where the narrow gauge railway was under construction. The brewery built by William Beauchamp, licensee of the Globe Hotel in Port Augusta and previously at Pichi Richi Inn, was formally opened on 3 July 1879 and named Pichi Richi. Charles Gray, late of Beltana, was the brewer in charge and his ability was sufficient guarantee of the quality of the ale brewed, stated the Port Augusta Dispatch.

Early the following year Beauchamp was licensee of the other inn in Pichi Richi which became known as ‘Beauchamp’s’, and the brewery had changed hands. William Taylor, owner and licensee of Taylor’s Hotel in Port Augusta, purchased the brewery when Beauchamp moved to Melrose.

William Taylor was well known in and around Port Augusta and the north. He had become very successful in latter years after a difficult time in the mid-1860s when licensee of the Hookina Hotel which he had built in 1862. At the time the drought was having a ruinous effect everywhere and by 1866 he was having trouble paying his debts as there was virtually no trade. His situation improved for him later, as in 1877 he came to Port Augusta and built and hotel known as Taylor’s (later Exchange) on Commercial Road at a cost of £3,000. He actually built the hotel before the licence was granted and there was concern by locals in case it was refused, there being opposition from certain quarters. On the day Taylor returned from the hearing of the Licensing Bench in Clare the local brass band played outside the hotel in celebration.

Taylor was licensee until 1880 when he sold the hotel to William Knapman of Port Pirie for £11,000, a remarkable increase in value.

When Taylor took possession of the brewery in Pichi Richi, which he renamed Willow, Charles Gray, in his customary way, moved on and Charles Williams, son of John Williams of Nuriootpa became the brewer and also licensee of Beauchamp’s hotel from 1881-82 when it closed. By late 1881 Taylor was offering the lease of the brewery for seven or ten years. The advertisement stated the brewery was a first-class stone building complete with all necessary brewing equipment and an aerated water machine. In the usual way of selling agents the hyperbole was patent:

The site of the above brewery is unquestionably the best in the North. It is convenient to a railway station, surrounded by the Flinders Range Mountains, is thoroughly protected from the summer hot winds, and as for wood and water it is simply a matter of help yourself, and from the rapidly increasing population in the North, this presents an opportunity rarely to be met of making a rapid fortune.

Evidently no one was tempted by the promise of a ‘rapid fortune’ and brewing continued at the Willow Brewery.

The reason for the sale may have been because Taylor had intentions of building a brewery in Port Augusta and in July 1880 had purchased an allotment in Tassie Street near the waterfront. In September 1880, as the transfer of the property was being finalised, he was involved in a court case with Thomas Sara, a timber merchant. The case was actually two claims – Sara was claiming £100 damages against Taylor for libellous words, while Taylor was claiming £100 damages against Sara for defective work on the construction of two fermenting tuns he had ordered in March. Apparently Taylor had called Sara ‘ a damned rogue’ because the tuns leaked and would not hold beer. After a day-long hearing Taylor was awarded damages of £26 10s 9d. Charles Williams, brewer at Pichi Richi, later told the Port Augusta Dispatch journalist sixteen hogsheads of beer, worth about £68, had been lost from the faulty tuns. In early 1881 Taylor was advertising bottled ale and porter, brewed in Pichi Richi, and cordials available from his ‘new bottling establishment’ on Tassie Street. Later that year he built his third hotel, the Extension, in the ‘suburbs’ of Port Augusta and was licensee from October 1881 to June 1882.

Taylor’s activities in Port Augusta were curtailed when he returned to the Hookina Hotel in 1882. In January 1883, the William Brewery in Pichi Richi burnt down; the fire was thought to have started when sparks from the engine of a train blew on to the roof. The railway line that ran close behind the brewery was at about the same level as the roof of the brewery and, as the upper section of the building was constructed of timber, fire took hold rapidly. This was the end of brewing in Pichi Richi and in 1884 Taylor, who was in ill-health, offered all his properties in Port Augusta and Hookina for sale; he died in 1886.

The building up until recently was operated as the Old Willows Brewery Restaurant.