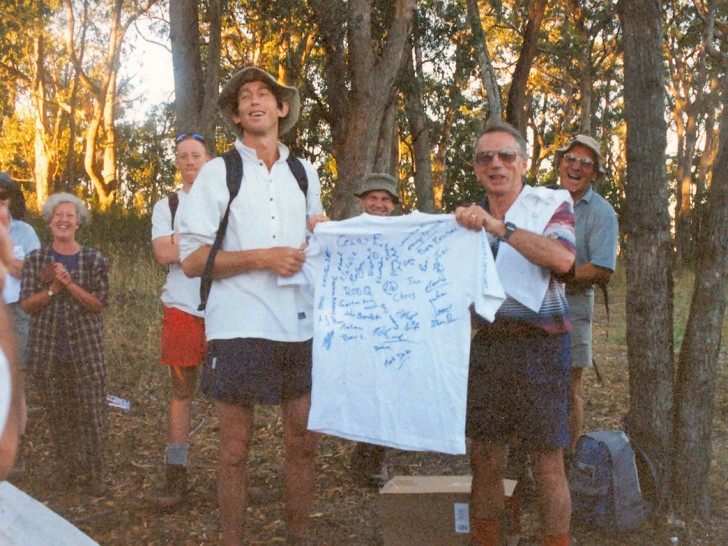 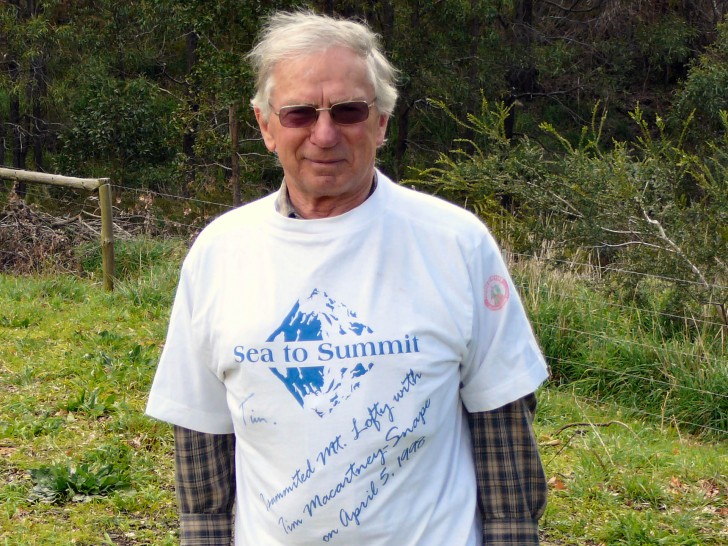 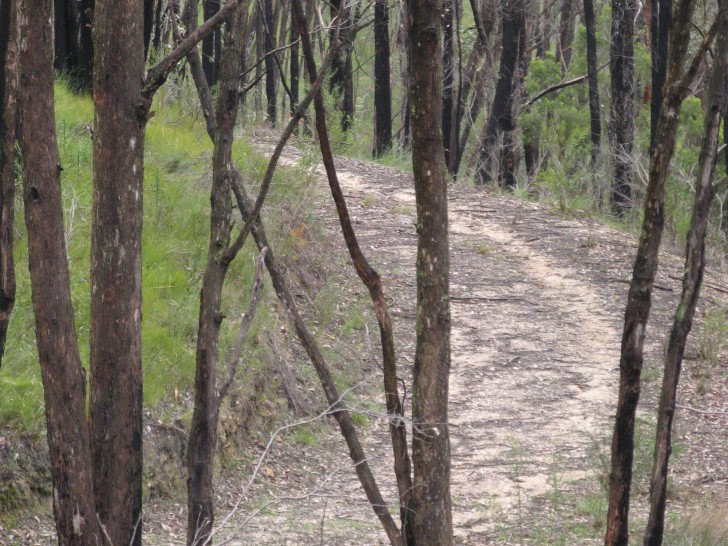 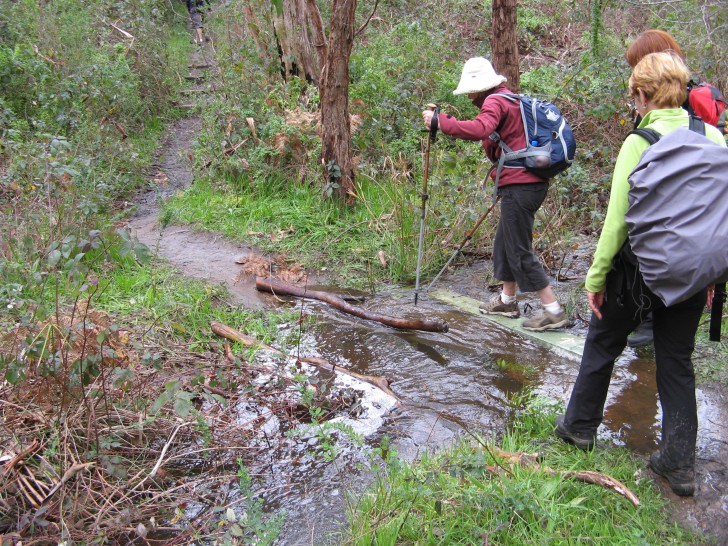 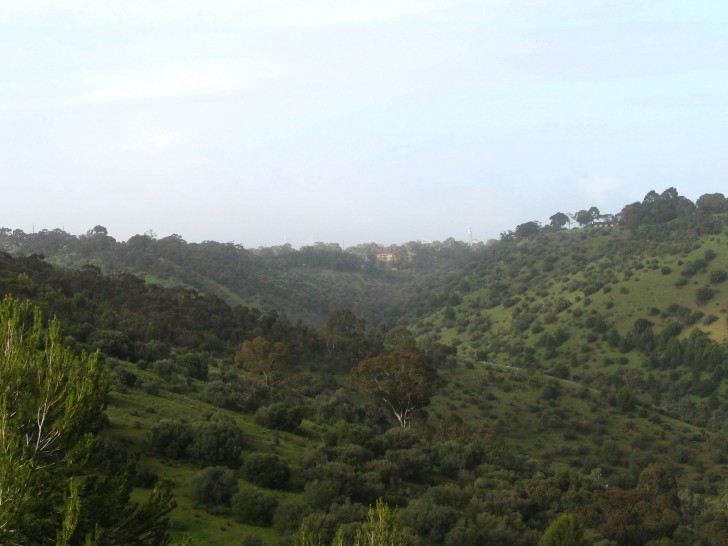 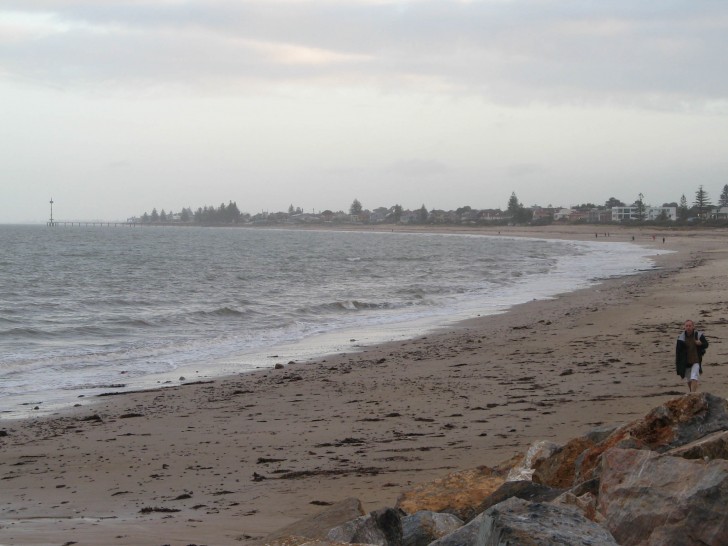 Saturday night, about ten years ago and all is well and peaceful at the Edwards household. The phone rang, “it’s George here. I think I have sussed out a walking route from Seacliffe to Mount Lofty without very much road walking. Would you and Marlene like to do a reccy with me tomorrow?” Why not I said, after a brief consult with Marlene; we don’t have anything particular planned for the day (and I suspect we did not give much thought to what we were getting into – Seacliff to Mount Lofty!!)

Sea-to-Summit maps are available for purchase from our shop.

George had been talking about this idea to me for some time… I would have thought “oh yeah – tell me another of your dreams.”

George had been talking about this idea to me for some time. How he could link up several parks and bush tracks to minimize the amount of road walking. It’s probable that, knowing how I think and remember, this was ten years ago, I would have thought “oh yeah – tell me another of your dreams.”

The route that George had planned, although fairly basic, might just work providing we could link up a few areas where parks finished and houses took over. And the mapping at this time was a highly sophisticated patched up series of photocopies from the street directory! Well you have to start somewhere.

George led off his two innocent victims fairly early on the Sunday morning in good weather, as I recall. Up the stairs from the Kingston Caravan Park, across Brighton Road to pick up the linear park heading to O’Halloran Hill Park and so far without getting lost. Along the path beside the expressway, across South Road at Darlington and through to Sturt Gorge and we were going well. Getting into the Gorge was one thing, getting out another and after several back tracks we eventually found an acceptable track. From there, along the railway line to the footbridge, climb over the safety rail and then along the path behind Wittunga Gardens to Hawthorndene and the main gate into Belair National Park. Apart from choosing wrong roads all went well and to this point we had probably been on roads for no more than 2km.

We then proceeded to get lost in Belair trying to find a reasonably direct route away from the park roads to get us to Waverly Lodge at Sheoak Road but we eventually made it after a fair amount of extra walking. From the Lodge, George had in his preliminary planning been to see a resident at No 82 Sheoak Road to see how we could access the fire track running behind the houses. The road reserve ran along the house boundary and was very overgrown with weeds and debris. The owner, being a walker and a member of the Friends, as it happens, suggested we walk up his drive on to the fire track. This is still the route we now take which goes to show that walkers have friends out there. This fire track led us to Waverley Ridge Road and then on to Crafers Interchange.

The official launch of this now famous walk was an occasion to celebrate… with twenty or thirty walkers at the finish … presented everyone with a white t-shirt … each walker signed their name.

I suspect that by this time we were all on autopilot because I can only remember slogging through Cleland Park past the YHA and up to Mount Lofty in something of a haze. Memory fails me at this point and I can only presume that this part of the walk went to plan as I cannot recall getting lost again – only well and truly exhausted arriving very late (thankfully we were in daylight saving season) but still light after a mind blowing 10 or 11 hour days walking uphill. But the good part was that George had phoned ahead for Harry (George’s son), to pick us up at Mount Lofty and he was thoughtful enough to have an esky loaded with cold beer on board.

From this reccy George, in his usual perfectionism adjusted the route and simplified the Sturt Gorge and Belair sections. For George everything had to be correct, feasible and a satisfying trip (this does not necessarily translate to enjoyable). From this initial effort a group of walkers was gathered to re-walk the whole route to test out both route and timing and it was generally agreed that it was a “bloody long 30-odd km hard walk” and a credit to George for having the idea and for making it work.

George had the idea that he would like to call this the” Sea to Summit” walk and because this was a registered business name owned by Tim McCartney Snape it was necessary to seek approval for the use of the name.

George had the idea that he would like to call this the” Sea to Summit” walk and because this was a registered business name owned by Tim McCartney Snape it was necessary to seek approval for the use of the name. Approval was given and so was born the George Driscoll Sea to Summit Walk – maps 49 and 50 in his book of 50 Real Bushwalks Around Adelaide.

The official launch of this now famous walk was an occasion to celebrate. From my recollection there was a group of perhaps twenty or thirty walkers at the finish. At the end of the walk George presented everyone with a white t-shirt. On the front of each shirt was printed in blue the words I summitted Mt Lofty with Tim Mc Cartney Snape on April 5, 1998’. On the back of the t-shirt, which was presented to Tim by George, each walker signed their name. George then opened up an esky he had in the back of his van, and we all had a champers or beer or both. It was a great finish to all the hard work and planning that went in to making this an important part of the Adelaide walking scene.

In recognition of the work done by George, not only for the Sea to Summit walk but for his contribution to walking generally in Adelaide and more recently with his book of walks in Sydney, we are endeavouring to have this walk to be officially named the ”George Driscoll Sea to Summit Walk”. •

Old majestic buildings, scratching in the earth from an old mine or a broken down farm house. All were once the dreams of our forefathers, a story to be told of hope and hardship and now, just shattered aspirations.