I travelled from Tennessee and began my first thru-hike of the Heysen Trail in May of 2004 … I enjoyed the hike so much that I returned in June of 2006 and walked the trail again.

I travelled from Tennessee and began my first thru-hike of the Heysen Trail in May of 2004 – walking the first three weeks with companions and the remainder solo. I enjoyed the hike so much that I returned in June of 2006 and walked the trail again. I had in mind at the time that I would write a book about my experiences on the trail sometime. During the years since that second walk I walked several other memorable trails including the Larapinta and Bibbulmun in Australia, the Chilkoot in Alaska and British Columbia, and the Colorado Trail. Finally I got back to the Heysen and hiked it this year from July 28 to September 23. As I had on my first two hikes, I walked south to north. Now I hope to write that book, but the topic of this article is how the trail has changed from 2004 to 2013. 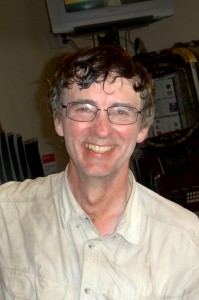 Before getting to the trail itself, I should mention that in 2004 the trail maps that I used were a series of 15 strip maps. These maps were numbered in the order that the sections of the trail had been completed so that, for example, Mount Magnificent to Mount Lofty was number one. Trail descriptions were always written for the walker going north to south. In 2004 a guidebook for the southern section of the trail was printed with the one for the northern section to follow the next year. Now the orientation was reversed with descriptions given south to north.

A big improvement in the trail since 2004 has been the establishment of new campsites equipped with rainwater tanks. By my count, there were 11 campsites that hadn’t been there in 2004. In addition, Grays Hut has been opened in the intervening years and Bowmans Hut is now more accessible since it has been equipped with a combination lock. With water being more readily available, and by supplementing my water supply by filtering creek water when needed, I never carried more than three litres on the hike this year. In fact, most of the time I carried no more than two litres – only carrying more if I intended to camp between established campsites. On the previous hikes I carried up to five litres. There have many changes in the route of the trail since my 2004 hike. I will mention just a few of them which to me are among the most significant.

A big improvement in the trail since 2004 has been the establishment of new campsites equipped with rainwater tanks. By my count, there were 11 campsites that hadn’t been there in 2004.

First of all, in 2004 the trail bypassed the towns of Marrabel and Spalding. This time, with the trail going through both towns, I stayed a night in both and enjoyed the food, beer, and the company.

There have been several alterations in the trail between Cape Jervis and Victor Harbor in the last nine years – most of which have been undertaken to improve the route. My favourite might be the trail along Aaron Creek before the Eagle Waterhole shelter which includes a nice waterfall.

On my first walk, when the trail reached Hindmarsh Valley Road, there was a road walk of a couple of kilometres until the trail finally turned to the left at a cleverly hidden trail marker. The current route, making use of lightly travelled Lawless Lane and off of the busier road, is much nicer.

The route through Morialta Conservation Park has been much improved since 2004. On my first hike, soon after Third Falls, the trail turned up a steep hill and soon left the gorge. Now the trail stays on the side of the gorge with great views much longer.

A major change in the trail has been the rerouting of the trail to go northward from The Bluff to join the Go-Cart Track instead of turning eastward into Wirrabara Forest. I did miss seeing the views offered by the old trail right after The Bluff although the new trail is well done. The Apricot Track is another part of the old route which I particularly liked. It is now a spur trail from the main route which I did as a side trip this time.

There have been many changes in the trail before and after Melrose since 2004. The old route used some minor roads coming into Melrose hitting Main North Road at the silos, then following the road into Melrose, and after the summit of Mount Remarkable following the Mount Remarkable Range Track northward to near Spring Creek Mine. The only part of my 2004 route in the area still part of the Heysen is the trail from Melrose to the summit. I very much enjoyed the new route – especially the route along a flowing creek before reaching the Pines Track.

A minor reroute, but a good one in view of safety, is the trail bypassing the waterfall along the creek south of Mount Arden. I was glad the reroute was in place as I already have enough tales to tell about that waterfall from my first two hikes. Also minor is a change of the trail near the North Buckaringa campsite which now goes along a nice ridge where formerly I was walking an ocean of small rocks.

Finally, after the Trezona campground in 2004 the trail followed the Trezona Track northwards toward Aroona. I like the new trail over varied country which includes the spectacular Brachina Viewpoint.

I have been asked several times why I have done the same trail three times. I have friends in Tennessee who have completed the Appalachian Trail as many as four times and they get the analogous question.

I walked the Heysen Trail twice before I made any of my other long backpacking trips and now I have completed it for the third time. I have been asked several times why I have done the same trail three times. I have friends in Tennessee who have completed the Appalachian Trail as many as four times and they get the analogous question. I think that the answer is pretty much the same – we have formed an attachment to a trail and want to relive the experience. To me the variety of the Heysen is an outstanding feature of the trail. The trail is sometimes in the mountains, sometimes along creeks, goes along the coast, through farming and grazing country, through small towns, and so on. Its route gives a good representation of what South Australia is like. Although there are sections of the trail that I don’t find exciting, if one keeps walking soon the scenery will be very different. Also, I have enjoyed meeting many people during my hikes. I doubt that one could walk anywhere where the people are friendlier. On the other hand, walking the trail takes one through some very sparsely settled country. There have been times that I felt sure that there were no other people around for miles. It is hard to match the loneliness of the trail here in Tennessee and that loneliness appealed to me.