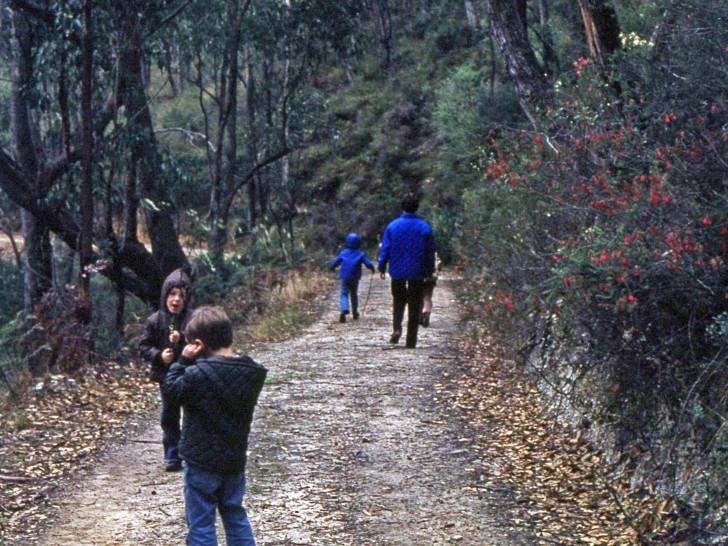 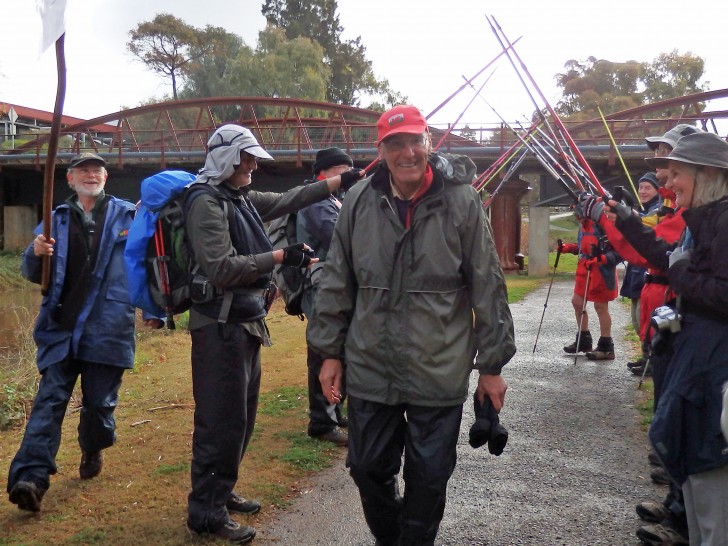 On July 4 this year I completed walking the full Trail distance when I walked into Burra with End-to-End Minus 1. When I mentioned, at a dinner to celebrate the occasion, that I’d walked the first bit of the Trail with my family in May 1976 (Crafers to Yanagin Road) I heard a comment suggesting I’d perhaps been the slowest person in history to finish it, taking 38 years and 2 months!

As I remember, the Crafers to Yanagin Road was the first part of the trail officially opened. During the period of development of the Heysen Trail I’d thought “I’d like to walk that trail one day”.

In September 1982 I walked from Mt Magnificent to Bridgewater with two of my boys, tenting for two nights. This, I’m glad to say, included Kuitpo Forest prior to the disastrous fires in February 1983. In May of 1983 our family trod the Mt Lofty to Bridgewater section but there was no further progress for many years.

As I remember, the Crafers to Yanagin Road was the first part of the trail officially opened. During the period of development of the Heysen Trail I’d thought “I’d like to walk that trail one day”.

In 2003 I thought “If I don’t get serious about the Heysen Trail pretty soon, I’m not going to achieve my aim of walking it”. So, in November of that year with my wife Elizabeth and a close friend, I started from Cape Jervis with a 1-day walk.

By October 2006, with a range of fellow-walkers and arrangements, Elizabeth and I reached Victor Harbor. However it had not all been “plain sailing” for me. In September 2005 I had a heart attack resulting in 5 by-passes and a prosthetic mitral valve. Undaunted, after recovery and with the blessing (and recent commendation) of my cardiologist, I pressed-on with walking the Trail. This included solo back-packing and day-walks with Elizabeth and, for a few days, another couple.

By October 2010 I’d walked everything south of Burra, and from Hallett to Bundaleer Reservoir. I was looking for a group to join for the remainder of the Trail. Fortuitously, in 2012, I learnt of End-to-End -1 only a few weeks prior to it commencing from Parachilna Gorge.

My wife, Elizabeth, has walked some sections with End-to-End -1, notably across Wilpena Pound. She and I also, with invaluable support from good friends, walked sections of the Trail from near Crystal Brook to Bundaleer Reservoir – sections walked by End-to-End -1 when we were in New Zealand.

Involvement in End-to-End -1 has been pleasurable, challenging (eg, the Stony Creek flood and Mt Bryan in a blizzard and snow), yet very rewarding. I can only hold Dean Mortimer in high regard for his fine leadership of the group, attention to detail and promotion of a team spirit amongst participants.

I’m not greatly fussed about whether I am the slowest on record to complete the Heysen Trail or not. The certificate of completion is all I need and I’m proud of it. However, if anyone has taken longer than me to complete the Trail I, and I think Robert Alcock, Friends of Heysen Trail President, would be interested to know.

I have dedicated my completion of the Trail to the memory of my close friend, Alastair Blake, who joined in the first leg from Cape Jervis and who lost his life to cancer earlier this year.

Douglas Gepp Leane, Honorary Member of the Friends of the Heysen Trail, and long time maintenance Section Leader, passed away on 16th December, 2008 at the age of 82.