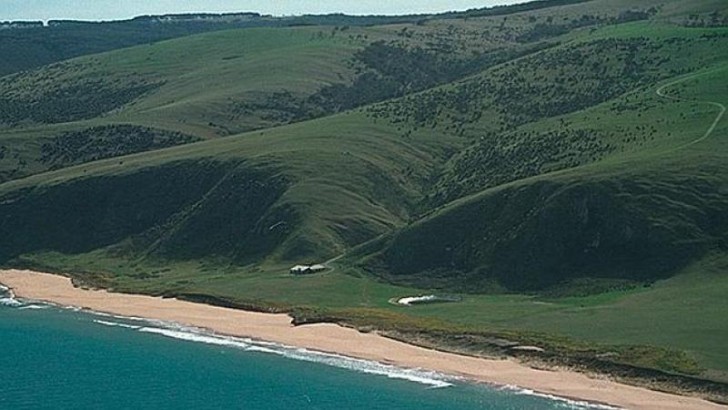 The State Government is still in negotiation to secure a re-route of the Heysen Trail across the spectacular headland at Balquhidder Station.

A story published in the Australian Financial Review on 15th April 2015:

Marathon negotiations between billionaire Kerry Stokes and the South Australian government over a potential re-routing of a popular bushwalking trail through the $25 million Balquhidder Station pastoral property owned by the businessman are dragging into their sixth year, as talks also continue about a potential acquisition of adjacent clifftop land by Mr Stokes.

SA Environment Minister Ian Hunter says $1.1 million was allocated in the 2014-15 state budget for the Heysen Trail project on the Fleurieu Peninsula, south of Adelaide, but work hasn’t been able to start yet because the lengthy negotiations are still continuing. They first began in 2009.

Mr Stokes, who is the executive chairman of television and mining services group Seven Group Holdings which this week anointed his 38-year-old son Ryan Stokes as its next chief executive, bought Balquhidder Station in 2007 for close to $25 million through one of his private companies, Australian Capital Equity.

The SA government has been negotiating with the management of Mr Stokes’ private entities to gain public access to a spectacular clifftop coastal strip of the 3064-hectare property, and as part of the overall project there have also been lengthy talks over a proposal by Mr Stokes to buy a separate 31-hectare parcel of land which adjoins the property. That 31-hectare parcel at Tunkalilla Beach also has prime coastal views.

Mr Hunter told the SA Parliament last month that negotiations were still continuing, but the government was determined to press on with a “realignment” of the trail that would require the agreement of the private owners of Balquhidder Station, which runs large numbers of sheep and cattle.

“The ideal outcome would be to have the Heysen Trail continue along the spectacular clifftop landscapes down that part of the Fleurieu,” Mr Hunter said.

He said that section was one of the most spectacular parts of the region, with the Heysen Trail route currently moving back inland away from the coast around the Balquhidder Station land.

It is understood an agreement was close to being finalised just prior to the March 2014 SA election won by Premier Jay Weatherill. But then further complications set in, including changes in the people heading the negotiations.

The SA government had previously tried to negotiate with the former owners of Balquidder Station, the McGregor family, about gaining access to the coastal land to enable an extended 18-kilometre strip of the trail to proceed. The entire Heysen Trail runs for 1200 kilometres, starting near the Flinders Ranges in northern SA, but the most popular section is on the Fleurieu Peninsula closer to Adelaide.

The McGregor family had owned the pastoral property, which has more than nine kilometres of coastal frontage and spectacular views across the ocean to Kangaroo Island, for more than 50 years.

Following the trail off Mt Brown